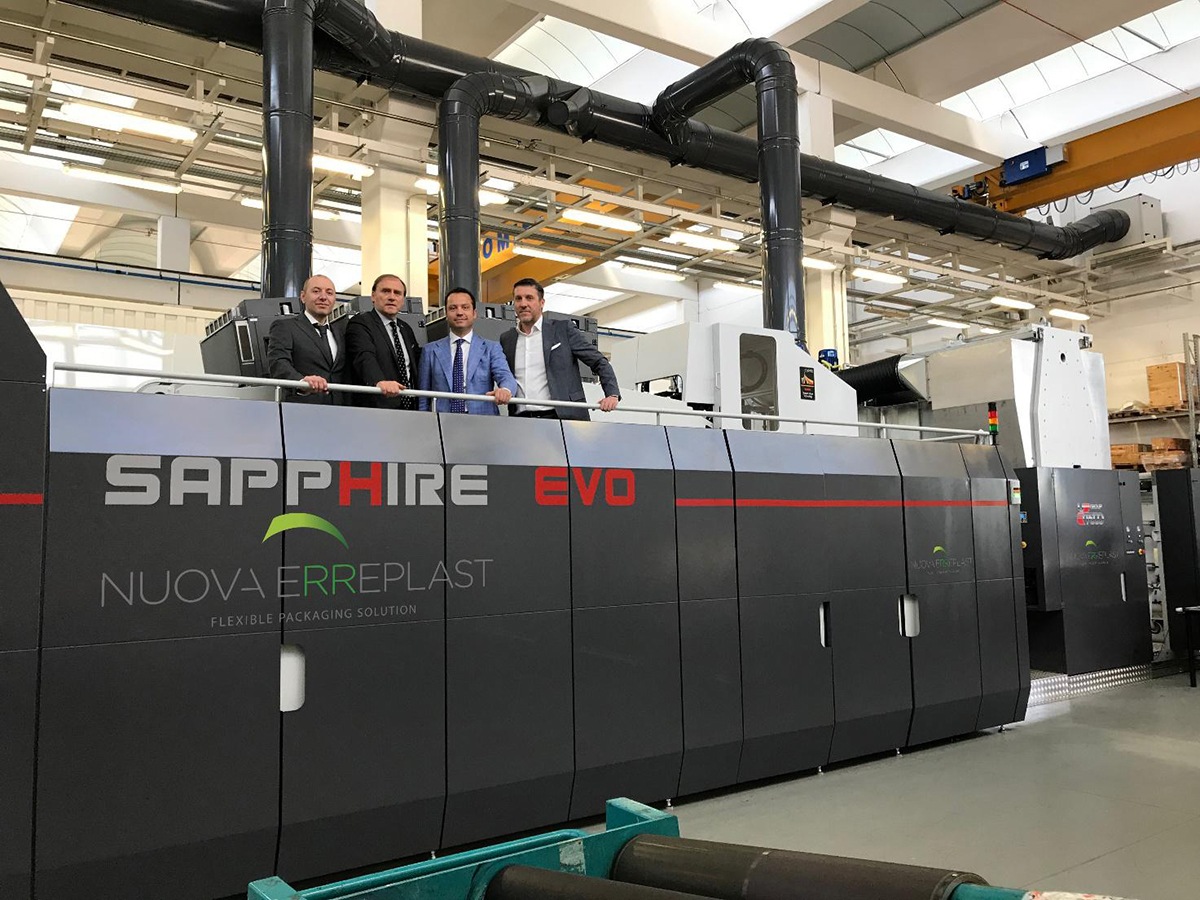 Uteco, Kodak and NuovaErreplast present the Sapphire Evo flexo-digital hybrid, which will be officially launched by Nuovaerreplast at Ipack Ima – at Fiera Milano Rho from 29th of May to 1st of June – Hall 7 stand C43.

300 meters per minute, with water-based inks

When the Sapphire Evo was presented at the last Drupa 2016 as a kind at the Kodak stand, its speed caused a sensation: at 600 dpi and on paper it reaches 300 m / min which, obviously, decrease on plastic supports and with higher resolutions. After the subsequent set-up, it has now in a “definitive” version with 4 color groups – preceded by the pre-treatment and primer roto station followed by the on-line painting flexo unit. With this configuration (customizable) and the Kodak Stream technology inkjet imaging system, the machine can print ± 97% of the Pantone pallet. Using water-based inks that comply with all European (including Swiss) and US regulations on indirect food contact. This is a very important prerogative, not only because the food (but also the cosmo-pharma for example) calls for safety and health, but also because the use of food-compliant consumables allow to simplify the packs, avoiding expensive layers and barrier effects and difficult to work.

The versatility that opens many doors

Sapphire Evo has a light of 650 mm (print width 622), works a wide variety of substrates based on cellulosic and polyolefin (including metallized and laminated ), and adopts the effective Uteco system of air drying with the drum cooled to contact of the substrate to maintain stability, avoid curling and facilitate wet on wet printing. The first ever converter to buy it is the dynamic and creative Nuova Erreplast: a flexo-oriented company, which opens up to digital not only to respond to requests for short-run jobs, but also to open new lines of business and open up to new markets.